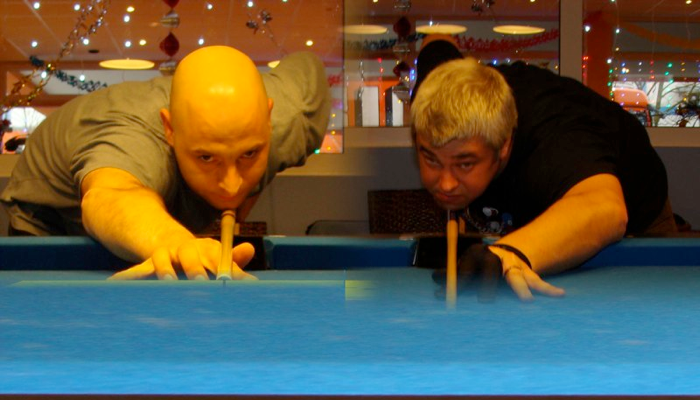 So, since we’ve had our training in Regensburg with you for Franky it’s simple, he has never been playing better then the last 2 months.  He has improved so much that he’s almost back again with the top 5 players in Belgium.  There are moments in training where I almost despair, especially when he’s been potting 4 or 5 racks continiously.  So I’d say that for him the training has been about the best experience possible.

To test my progress I tried the PAT test 2 at home and already scored 670 points, I think that next time it’ll be even more. I am quite frankly surprised that I have progressed – again – so much.  After last year, I figured that I had made nice progress and that it would take a couple of years before I could make a big progress again.  Then you told me last march that this training would teach me even more and that my progress would be even larger, I admit I had some doubts there.

I had doubts, but at this moment I have no more doubts, the progress I’ve made is double, even tripple of that of last year.

So, that is the result of the training I’ve done since we came to you.

Looking forward to our next training in Belgium!